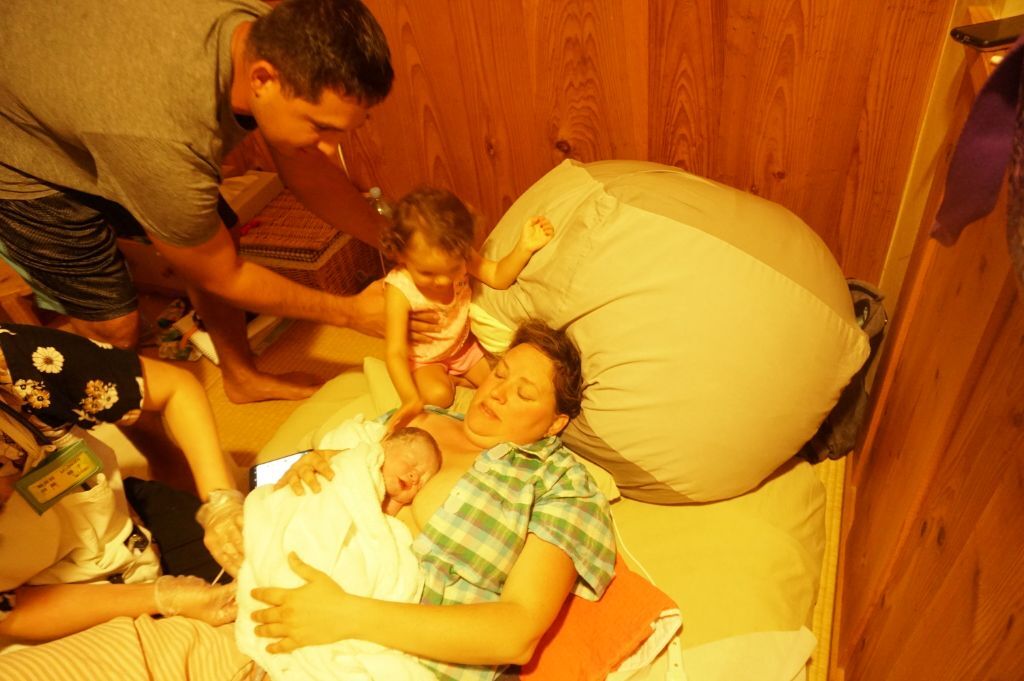 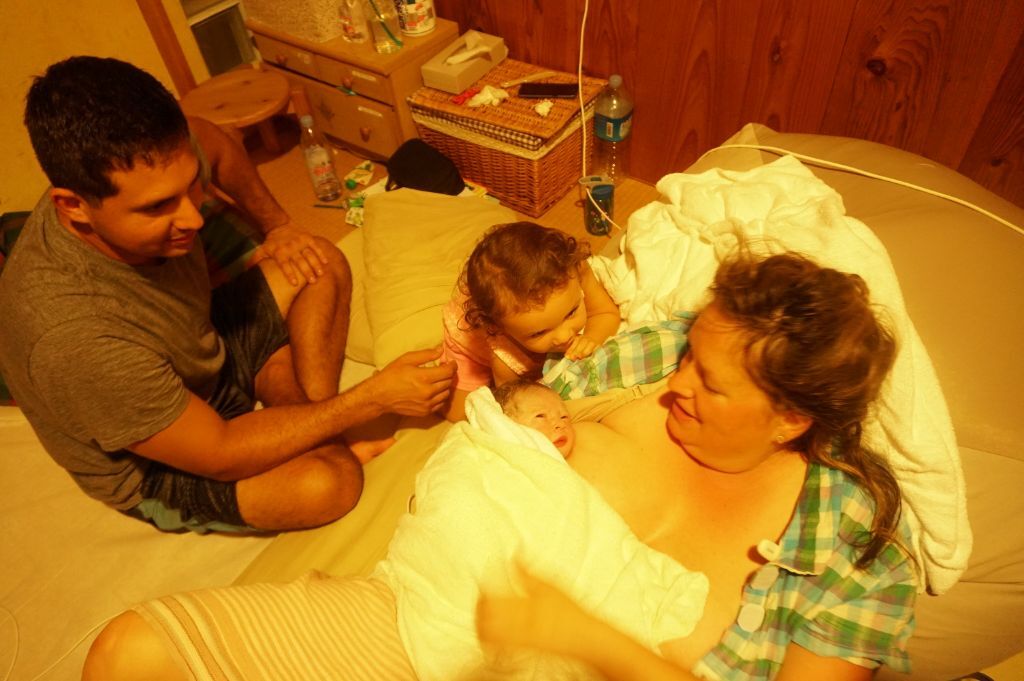 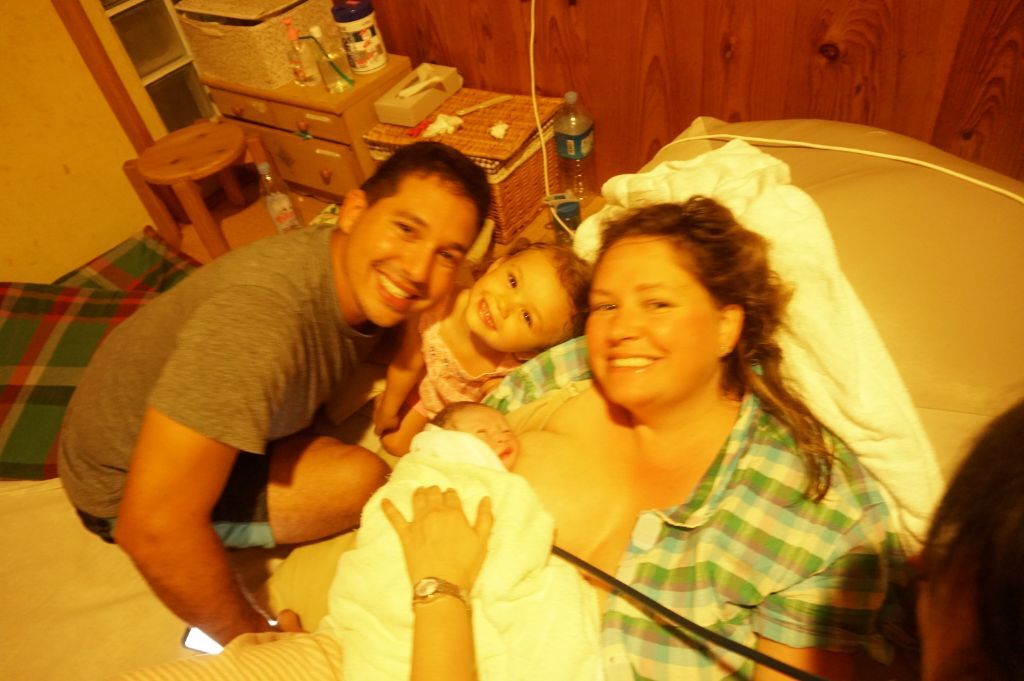 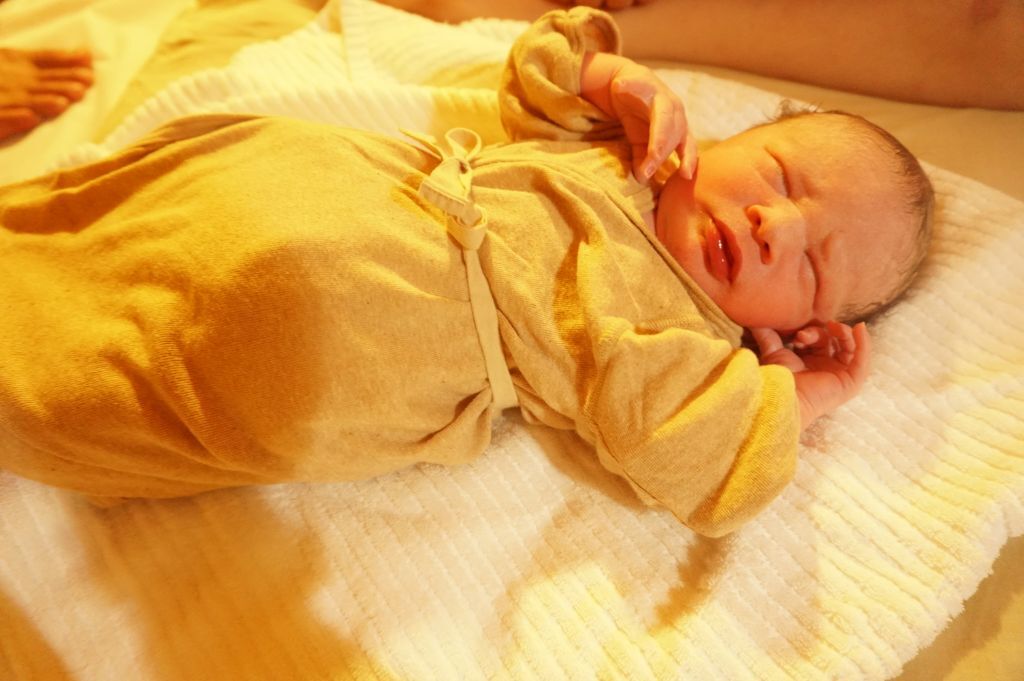 After preparing for Typhoon Trami, the winds picked up and the rain fell heavily flooding our yard. At this point in my pregnancy I was 36 weeks + 5 days, this was my second pregnancy, my first which I delivered at 36 weeks + 1 day. I thought I would be home watching the storm through my window but just as the eye started to pass by (the only time it was calm) the winds started to pick back up and at this time my water broke, a big gush all at once right when I sat down to play with my daughter. At this point I knew that I would no longer be watching the storm from window without electricity anymore, I called 2 translators to tell them but neither one could meet me at Yui because of the typhoon but told me they could be on standby on the phone to help. I was told to come in so we left as fast as we could from Yomitan to get to the clinic. There were a lot of trees down, a lot of debris too. We were careful because a lot of streetlights were not working and some electrical wires were hanging down with tree limbs caught in them too. We finally got to Yui safely. Labor was intense and a lot harder than with my first, it was also longer. With the help from Yui midwives and Dr. Fumi I delivered a healthy baby boy about five hours later. We were able to exam the placenta after it was delivered, took pictures and did skin to skin. I was very excited to meet baby boy and even more excited that my experience at Yui was more than expected. This was a great time for my daughter to witness her baby brother come into the world. We then fell asleep as a family in the late hours as we heard the howling of typhoon Trami pass by.